HOW TO APPLY TO UNIVERSITY 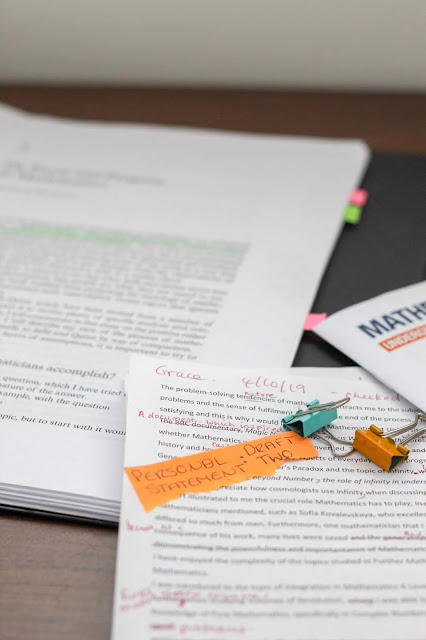 I am currently in my second and final year of A-Levels, which means that university is pretty much on everyone’s mind. Being indecisive like myself makes it pretty difficult to know what I want my future to be. However, since finishing GCSEs, university has been pushed upon me by my school especially. Fast forward a few months, I’ve finally sent off my application to university and have actually received the majority of my offers, so I wanted to spend today’s post talking about the entire process.

WHAT DO YOU WANT TO STUDY? AND WHY?

About June/ July time, I was undecided about what course I wanted to study. I always thought that a maths degree made the most sense to me, but at the time, I was also really interested in law so they became the two degrees I was tossing between. However, after multiple conversations with many different people, I decided to pick mathematics as the degree I would apply for. I mainly chose maths because I do love it, as weird as it might seem to some, it has always been the subject that I have found the most interesting. It is also a subject that I have great confidence in and so it became something that I found satisfying yet challenging. I feel like it was inevitable that I would apply to study mathematics, but I am honestly really excited about the prospect of it. It is definitely the sort of thing that I can never get tired of and I always feel like there is something to learn within the subject, so I guess that is mainly why I chose it. Realistically, it also offers a lot of job prospects, it is a very useful and transferable degree which I guess is just a bonus.

HAVE YOU EVER DOUBTED YOUR DEGREE CHOICE?

Yes, like I said earlier, even in the earlier stages of high school, I always thought I wanted to do something in mathematics if I ever got to degree level stage, but it wasn’t until mid-year 12 that I started looking at all of my options. I definitely have my doubts about my degree course choice but I think that is expected since there are so many unique degree courses out there. I’m not really doubting the fact that I won’t love a mathematics degree, but I have got other interests outside of maths and I guess what I doubt is whether I would have enjoyed studying any of them at degree level.

WAS THERE ANY OTHER COURSES YOU WERE INTERESTED IN APPLYING FOR?

The two most prominent courses that I was torn between, like I said in the first question, was maths and law but there have been other courses. I study history A Level and I won’t lie when I say that I love what I learn in those lessons, and degree level really offers you an ability to delve deep into unique areas of history which I think I would have found interesting. I’ve also always loved art and fashion. Only two years ago, I was going to do a BTEC in fashion instead of A Levels and so that has always been at the back of my head to study at university but I guess I was just drawn to the practicality of Mathematics and not only my interests in it, but the opportunities I would gain at the end of it. 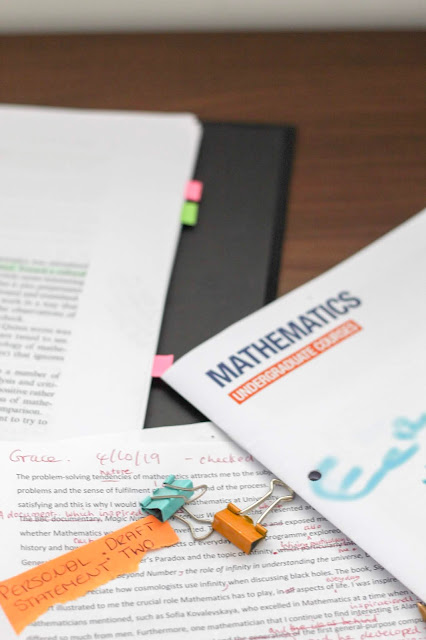 WHERE HAVE YOU APPLIED?

John Moores, University of Liverpool, University of Manchester, University of Leeds and University of York. All of them aren’t too far away from where I live, some more than others and I felt as though they were a good range, so depending on the outcome of results day, I would have somewhere to go. I haven’t visited some of the universities I have applied to and to be completely honest, there are two that I know I don’t want to go to, but I wanted to use all of my five options, and I felt as those these five were the best combination of keeping my options open and realistic as well as their reputation, based on what I had heard.

WHICH UNIVERSITY DO YOU WANT TO GO TO?

The university which I have visited and fell in love with instantly was the University of Manchester and so if I could study anywhere, it would be there. However, it is also the most competitive university I have applied to so fingers crossed the interview goes well and I get an offer. I guess that would be my firm university right now, but I also need to be realistic. Right now my insurance option would be University of Liverpool as it is more local to me and the people who I know that have studied there, couldn’t say enough good things about the course. It is definitely a toss up between those two.

WHO HELPED YOU WRITE YOUR PERSONAL STATEMENT?

I knew that during the process of writing my personal statement that I didn’t just want to work on it with one person so throughout the process, a range of people helped me. It started off with me and my form tutor, helping me gain the basis of what needed to be said and making sure that it was said the right way. My maths teacher also read my personal statement just to make sure that I had made a convincing argument as to why that was the degree for me. I was also lucky enough to have my brother’s girlfriend, Gaby, helping me as she has experience in writing personal statements, which was definitely useful because as a result, my personal statement was the perfect combination of personal yet academic and convincing. I definitely couldn’t have written it without those mentioned and I am still really happy with my statement now, as I really believe it is the best I could have produced.

In theory, the process is actually quite simple, however, what made it extremely stressful, for me, was the pressure applied on it by my school. They were setting a lot of deadlines and really enforcing this idea that they needed to be sent off ASAP. As a result, the whole process was very overwhelming and such a relief once it was sent off. I definitely think that it is a very chaotic process when it is done through a school as from filling out the form, to the personal statement, even to the reference, it is just constant deadlines and corrections. It does all come together eventually though, and luckily for me, I got it sent off with plenty of time.

If you have anymore questions, please feel free to let me know in the comments and I might do a part two to this once I hear back from all of my options.
Grace xx